The Special five of Africa

The Samburu National Reserve is a special place. Located on the edge of Northern Kenya’s arid savannahs, it stands on its own for the rare and diverse game. There, you’ll find the typical game like lions, elephant, and cheetah, but you’ll also find the Samburu Special Five (Beisa oryx, reticulated giraffe, Grevy’s zebra, Gerenuk antelope, and Somali ostrich). You won’t find a more diverse concentration of wildlife anywhere else. 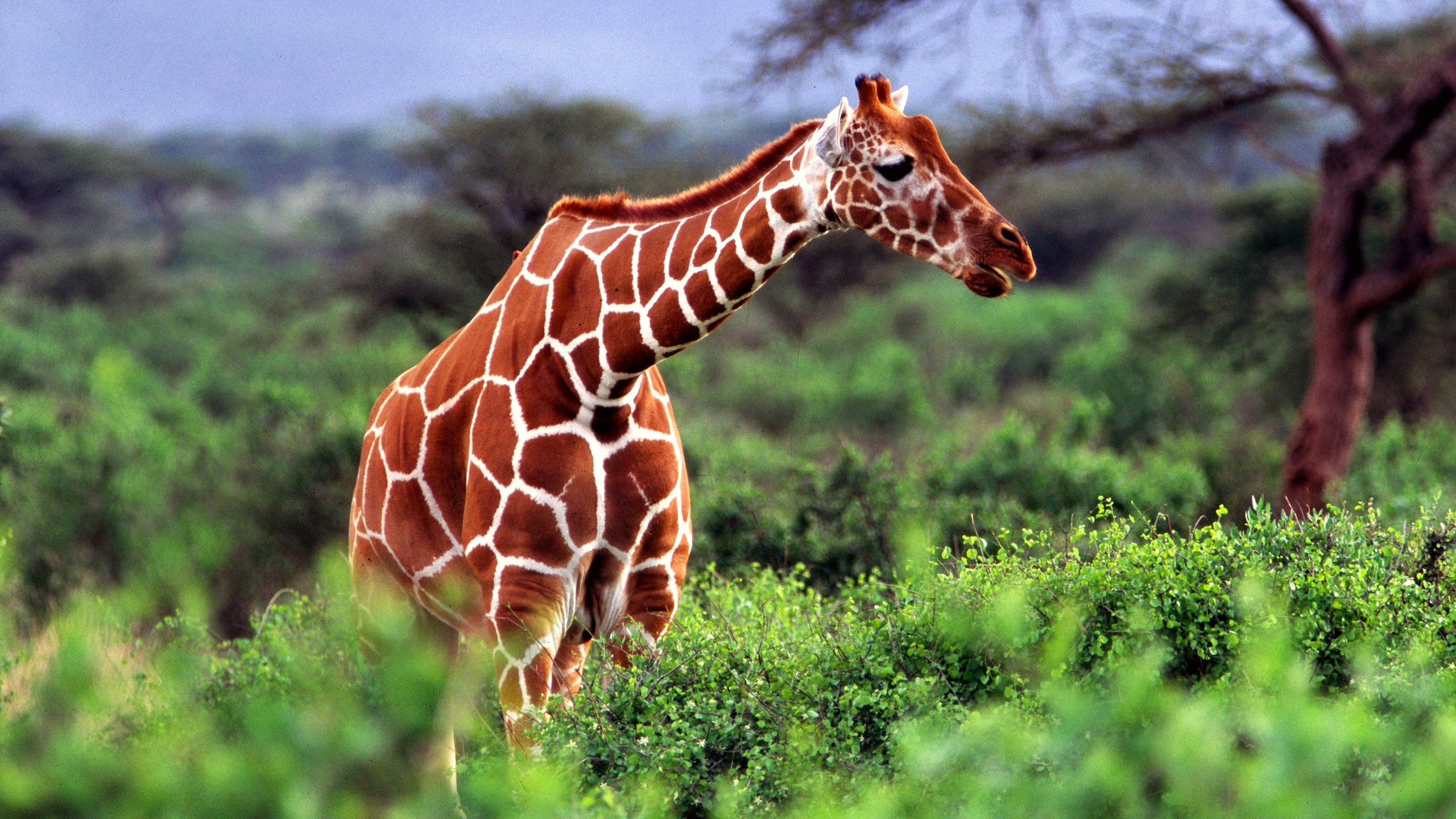 The reticulated giraffe makes its home in Somalia, southern Ethiopia, and northern Kenya. There are only about 8,500 left in the world. Shorter than the more common Masai giraffe, the reticulated giraffe’s spots are easily identifiable. They are shaped like polygons with straight, smooth sides, and are lighter brown in color.

With only about 2,000 left in the wild, the Grevy’s zebra, which used to inhabit the plains of Somalia, Ethiopian, Djibouti, and Kenya are now confined to Southern Ethiopia and Northern Kenya. They are the largest of the wild equines and have a more mule-like appearance than the other zebra species. Their black and white stripes are narrow and close together, but their belly’s and base of the tail lack stripes – a characteristic unique to the Grevy’s zebra.

In 2014, the Somali Ostrich was declared a distinct species of ostrich, setting itself apart from the common ostrich. The large flightless bird is identified by its gray-blue neck and thighs. During the mating season, the blue on males becomes a bright blue. While its numbers are shrinking, it can still be found in the Horn of Africa. 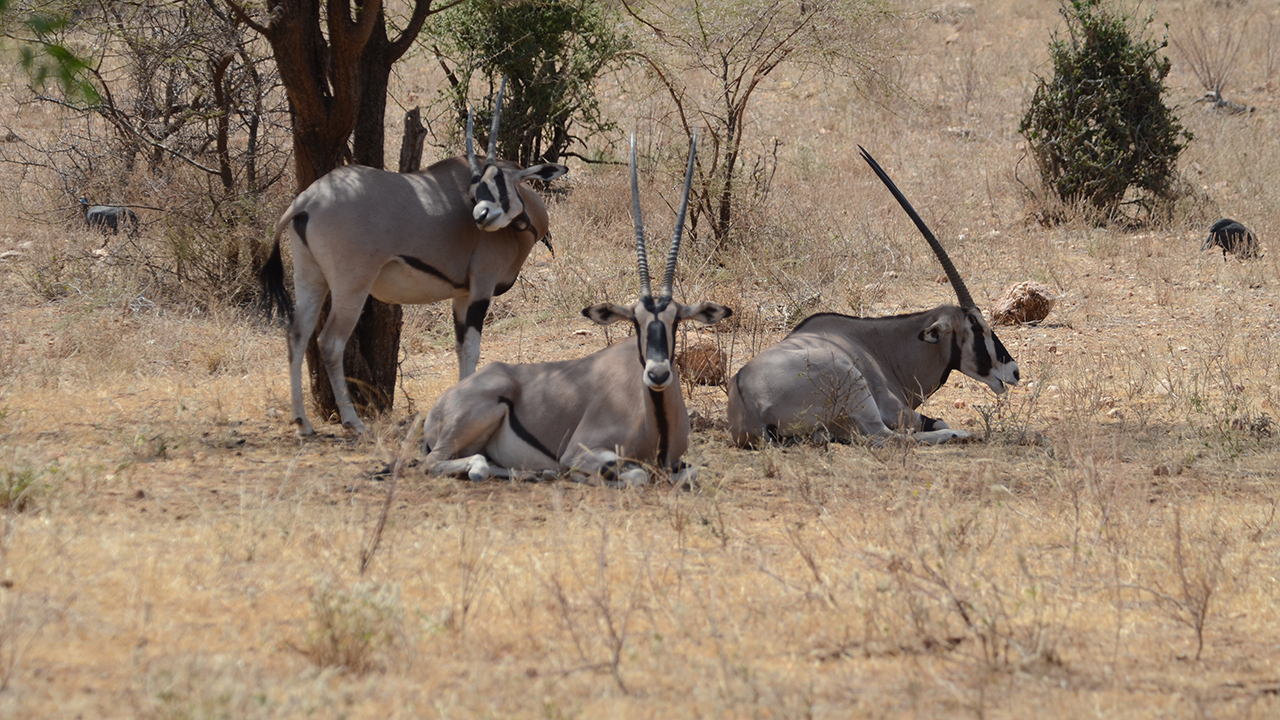 There are two subspecies of the beisa oryx – the common beisa oryx found throughout the Horn of Africa and north of the Tana River, and the fringe-eared oryx found south of the Tana River in southern Kenya and Tanzania. Its coat is gray with a white belly and legs separated by a stripe of black, and thin, straight horns that are found on both the males and females. 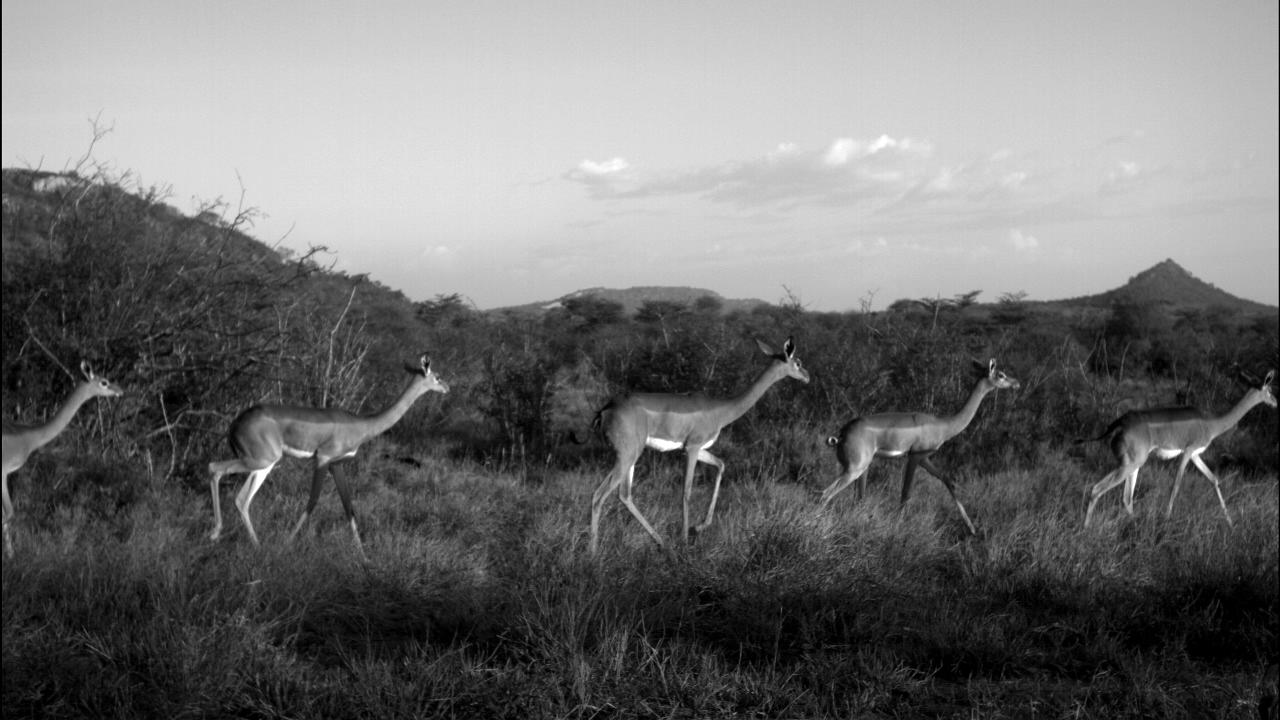 The gerenuk is an antelope with an exceptionally long giraffe-like neck. It feasts on leaves and shoots, flowers, fruits, and buds and can go its entire life without drinking water, enabling them to survive in dry desert areas and scrublands. Currently, there are around 95,000 gerenuks among the four countries.

To make a safari to northern Kenya to seek out the Samburu special five your next Pride Drive Tours journey, contact your professional Travel Consultant.